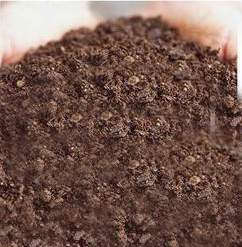 Biofertilizers or microbial inoculants are the products containing living cells of different types of micro-organisms which have an ability to mobilize nutritionally important elements from non-usable to usable form through biological process.

These microbial inoculants are known to improve soil health and produce substances that promote plant growth. They are able to increase the efficiency of nutrient uptake or stimulate plant growth by producing plant growth regulators or fixing atmospheric nitrogen in rhizosphere of plants.

There are two types of micro-organisms which are involved in biological nitrogen fixation and phosphate and other nutrients solubilizing:

B. Phosphate and other nutrient solubilizing micro-organisms

Among the biofertilizers, vesicular-arbuscular mycorrhizae fungi, Azotobacter, Azospirillium and Pseudomonas are of great significance to the fruit crops.

The fungus grows in the cortex and develops lipid rich ovoid bodies (vesicles) and highly branched, haustorium like structures within the host cells (arbuscules). The fungus is a member of the family Endogonaceae, the major genus is Glomus, considered to be the most abundant of all soil fungi. It is an obligate symbiotic fungus and is not very host specific.

A free living heterotrophic nitrogen fixing bacteria encounter in neutral to alkaline soil conditions not only provides the nitrogen but produce a variety of growth promoting substances. Azotobacter cells are notr usually present on the root surface but are present in rhizosphere. A. chroococcum and A. vinilandii are deemed to be the most commonly occurring species.

Azospirillium an associative micro-aerophillic nitrogen fixer commonly found in association with the roots of higher plants is of interest. Low energy requirement, high nitrogen fixation capacity, abundant establishment in roots of higher plants and tolerance to high soil temperature (30-40 0C) are responsible for its suitability under tropical conditions. The most important Azospirillium spp. Is A. brasilense which has wide range of tolerance against abiotic stresses.

Some heterotrophic bacteria and fungi are known to have the ability to solubilize inorganic P. from insoluble sources. Important phosphate solubilizing organisms are Pseudomonas striata, Bacillus polymxa, Aspergillus and Penicillium digitatum. These micro-organisms can grow in insoluble phosphatic sources.

i. Effect on plant growth

Inoculation with VAM enhanced growth of apple plant in sterilized soil and under green house conditions. Higher biomass was observed when apple plants were inoculated with a group of mycorrhizal fungi viz. Glomus macrocarpum, G. intradices, G. fasciculatum, G. mosseae and G. apisacum.  A better plant growth was found with inoculation of Glomus spp. as compared to non-mycorrhizal plant. VAM inoculation made on one year old peach seedlings caused a significant increase in plant height, trunk girth and total biomass.

The effects of biofertilizers especially mycorrhizal and Azotobacter on growth, morphology, photosynthesis and water balance are hormonal. Infection with VAM or Azotobacter can increase or decrease the levels of ABA and gibberellin like substances in host plants.

In most of the cases, enhanced phosphorus uptake and improved phosphorus nutrition are the primary causes of growth. Mycorrhizal roots can take up several times more P per unit root length than non-mycorrhizal roots. This is primarily because of the greater surface area resulting from the growth of hyphae, which may reach distances of several centimeters from the root surface. Mycorrhizal infection can increase the uptake of mineral nutrients other than P. in fruit crops, root infection with VAMs may increase the uptake rates and shoot contents of micro-nutrient cations especially Zn and Cu. As a rule, mycorrhizas affect only those nutrients which have low mobility in soils and which are present in the soil solution in very low concentrations relative to the requirement of plants. 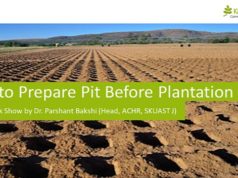 Webcast: Pit Preparation For Fruit Plant – How to Prepare Pit Before Plantation