Botanical name of Coriander is Coriandrum sativum. In India, coriander is known as ‘dhania’ in Hindi language.

The leaves are variable in shape, broadly lobed at the base of the plant, and slender and feathery higher on the flowering stems.

All parts of the plant are edible, but the fresh leaves and the dried seeds are commonly used in cooking. The leaves have a different taste from the seeds, with citrus overtones. Some perceive an unpleasant “soapy” taste or a rank smell and avoid the leaves. In India, coriander is cultivated in Rajasthan, Madhya Pradesh, UP and southern states like AP, Karnataka, and Tamil Nadu.

Being a tropical crop, coriander plants prefer frost-free tropical climate at the time of flowering and seed formation. Cool and comparatively dry climate.

Soil Preparation for Cultivation of Coriander

Well drained silt or loamy soils are suited for cultivation. For rainfed cultivation soil should be clay in nature and the pH should be 6 – 8. Coriander performs well at a temperature range of 20 – 25 °C

RCr 436 Another early-growing variety of coriander with bold grains; matures in 90–100 days; average yield is 11.09 q/ha

Co 1 Dwarf variety of coriander with globular, small–sized, dusty brown grains; matures in 100–120 days with an average yield of 4.0 q/ha

Co 2 Erect-growing variety of coriander with oblong, medium-sized dull yellowish-brown grains; matures in 90–110 days with an average grain yield of 5.2 q/ha and green yield of 100 q/ha

CS 287 Early-maturing variety of coriander with medium-sized, oblong, straw grains; tolerant to wilt and grain mould; matures in 78–97 days with an average yield of 6.0 q/ha

RD 44 (Rajendra Swathi) A medium variety of coriander with fine, round, aromatic grains; resistant to stem gall and moderately resistant to wilt, aphids and weevil; matures in 100 days with an average yield of 13 q/ha.

DH 5 Medium-tall variety of coriander with bushy growth and round attractive grains of medium-size; matures in 120–130 days with an average yield of 18–20 q/ha under good management

Prepare the main field to a fine tilth and form beds and channels (for irrigated crop). Sow the split seeds at a spacing of 20 x 15 cm. The seeds will germinate in about 8-15 days.

Presowing seed hardening treatment with Potassium Dihydrogen Phosphate @ 10g/lit of water for 16 hours is to be done for rainfed crop. Seeds are to be treated with Azospirillum @ 3 packets/ha. Seed treatment with Trichoderma viride  @ 4 g/kg of seed has to be done to control wilt disease.

Soak the seeds in water for 12 hours. Treat the seeds with Azospirillum @ 1.5 kg /ha for better crop establishment + Trichoderma viride @ 50 kg/ha to control wilt disease. Pre sowing seed hardening treatment with Potassium Dihydrogen Phosphate @ 10 g/lit of water for 16 hours is to be done for rainfed crop.

Manuring for Cultivation of Coriander:

In cultivation of coriander, first weeding is done 30 days after sowing and second weeding in irrigated coriander may be done between 50 and 60 days of sowing depending upon the weed growth. Herbicides may also be applied for weed control. Pre-plant Fluchloralin @ 0.75kg/ha, pre-emergent Oxyfluorfen @ 0.15kg/ha or Pendamithalin @ 1.0kg/ha are effective herbicides.

Irrigation Guidance for Cultivation of Coriander

First irrigation should be given immediately after sowing. Irrigation requirement is depending upon the parameters such as climate, soil moisture level, and the variety used. Standard irrigation schedule is 5–6 irrigations 30–35, 60–70, 80–90, 100–105 and 110–150 days after sowing.

Grain mould can be controlled by spraying Carbendazim 0.1% (500 g/ha) 20 days after grain set.

Coriander is susceptible to frost damage.

The plants are pulled just when the fruits are fully ripe but green and start drying. The plants are dried and thrashed with sticks, winnowed and cleaned.  For leaf, pull out the plants when they are 30-40 days old.

Drying of Coriander Seeds Fresh coriander seeds should be dried in shade to retain seed color and quality. After drying, seeds are separated by light beating with sticks and winnowing

The nutritional profile of coriander seeds is different from the fresh stems and leaves. Leaves are particularly rich in vitamin A, vitamin C and vitamin K, with moderate content of dietary minerals (table above).

Although seeds generally have lower content of vitamins, they do provide significant amounts of dietary fiber, calcium, selenium, iron, magnesium and manganese.

Stimulant, aromatic and carminative. The powdered fruit, fluid extract and oil are chiefly used medicinally as flavoring to disguise the taste of active purgatives and correct their griping tendencies.

It is an ingredient of the following compound preparations of the Pharmacopceia: confection, syrup and tincture of senna, and tincture and syrup of Rhubarb, and enters also into compounds with angelica gentian, jalap, quassia and lavender.

As a corrigent to senna, it is considered superior to other aromatics. If used too freely the seeds become narcotic. Coriander water was formerly much esteemed as a carminative for windy colic.

1CSAUAT Kanpur, UP, 2BCKV, Nadia, West-Bengal, and 3BHU Varanasi, UP 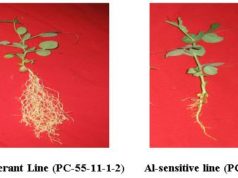