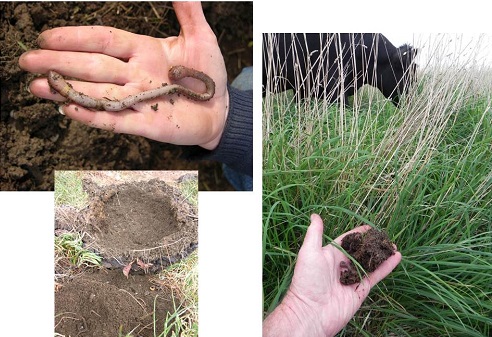 Soil degradation and agricultural sustainability have known interest in assessment of soil quality. A more specific definition of soil quality is the capacity of a soil to function within ecosystem boundaries to sustain biological quality and promote plant and animal health.

An assessment includes measurement of soil quality indicators that, in some way influence the function for which the assessment is being made.

Soil organic matter is an extremely important attributes of quality since it influences soil physical, chemical and biological properties and processes. Soil organic matter (SOM) is a source of energy and nutrients for soil biota and it affects aggregate stability, water retention and hydraulic properties.

As a result of SOM content and quality are now regarded as key factors in the evaluation of the sustainability of management practices. SOM is a heterogeneous mixture of materials, ranging from fresh plant and microbial residues to relatively inert humic compounds.

Many attempts have been made to identify labile pools of organic matter that are more sensitive to change in management or environmental conditions than total SOM content. Thus, labile pools can be used as early indicators of changes in total organic matter. The labile fraction has a large effect on nutrient supplying capacity and structural stability of soils.

These properties of the labile fraction are the major reason why it has been the subject of much research in recent years. The objective of this article is to discuss the nature and significance of various labile fractions of SOM  as indicators of soil quality in agricultural soils.

The organic fraction of soils accounts for a small, but variable proportion (5-10%) of soil mass. It have far reaching effects on soil properties. SOM has been suggested as the single most important indicator of soil productivity since it affects chemical, physical and biological properties and processes in soil.

The main chemical factors affected are charge characteristics, cation exchange capacity, formation of complexes with metals and interactions with pesticides.

Key physical properties that are influenced include aggregate formation and stabilization, water retention, resistance and resilience to compaction and thermal properties.

The most important biological properties of organic matter are its role as a reservoir of metabolizable energy for soil microbial and faunal activity.

An equilibrium soil organic matter content is attained within a mature natural ecosystem that is dependent upon the interaction of soil forming factors. At this equilibrium the amount of organic carbon accumulation in the soil is the same as the amount lost via respiration as CO2.

Once the organic residues are added to the soil, it is decomposed by the action of soil fauna and microorganism. During this process, the bulk of the residue carbon (about 70%) is returned to the atmosphere through respiration.

The remainder of added carbon including that incorporate into the microbial biomass, undergoes further transformation with the formation of relatively recalcitrant humic substances. These materials may be further stabilized by formation of complexes with soil mineral surfaces.

A number of factors contribute to the losses of organic matter including:

Factors that tend to increase SOM content, under arable agriculture include:

The most common method of attempting to reduce the rate of organic matter decomposition are to create less disturbance to the soil by conversion from conventional to  zero tillage.

The extent to which soil aggregates are disrupted and dispersed will determine the relative amounts of free and occluded materials that are released. The occluded fraction is isolated as light fraction (LF) by density fractionation or as sand size fraction (SSF) by sieving.

Particulate organic matter (POM) is the pathway through which carbon is returned to the soil from plant litter. It is, therefore, the precursor for formation of other forms of organic matter (e.g. microbial biomass, soluble, non-humic and humic) and thus POM is the major source of cellular carbon and energy for the heterotrophic microbial biomass.

Thus, overall soil microbial activity is greatly affected by POM additions. It is also the major pathway by which nutrients are recycled from crop residues back to the soil. Entry of POM into the soil is extremely important in relation to maintenance of soil structure and particularly, macro aggregation.

The large active microbial communities associated with decomposing POM produce binding agents such as mucilaginous polysaccharides which stabilize aggregation of mineral particles. Thus, macro aggregate stabilization by POM is a transient dynamic process, and maintain of a high level of macro aggregation is dependent on the continued addition of POM to the soil.

POM is a major food and energy source for the soil dwelling soil fauna eg. earthworms and termites. Thus, POM is associated with a multitude of soil processes and functions and is therefore, a key attribute of soil quality.

Dissolved organic matter (DOM) is the organic material present in dissolved form in the soil solution. It originates as leachates from plant litter, exudates from soil micro flora and roots and hydrolysis of insoluble soil organic matter.

It consists of a wide range of organic compounds and it has been used as a liable organic matter fraction and soil quality indicator in agricultural soils. Many workers have extracted it from field moist soils with distilled water (1:2 w/v extractant ratios for 1 hour).

Following centrifugation, the extract is passed through a membrane filter of 0.45 um to remove dispersed soil materials. The organic matter in soil solution is in equilibrium with three main pools of solid phase organic matter: i) that adsorbed to the surface of Al and Fe hydrous oxides ii) that precipitate due to coagulation in the presence of divalent and trivalent cations and iii) the insoluble organic matter present in the top soil.

Since, this fraction is highly labile and it is a major determinant of soil microbial activity. Adsorption or desorption of organic matter by reactive soil surface has substantial effects on the concentration of DOM present in the soil solution. Whereas factors that decrease adsorption and favour desorption of organic matter also favour increased concentration of DOM in solution.

Dissolved organic carbon in field moist soils accounts for only 0.05-0.40% SOC in agricultural soils. In forest soils it is in the range of 0.25 -2.0% but can be considerably higher.

Due to the labile nature of DOC, seasonable fluctuations in its concentrations are observed and under arable system it increase from spring to summer and decrease from summer  to autum.

Dissolved organic matter is considerable the most dynamic carbon fraction in soils and a portion of it is readily available substrate for microbial activity.

It therefore represents a mobile source of energy in soils. It is also a primary source of mineralizable, N, S and P and so can make an important contribution to nutrient availability and cycling. It behaves as active component of soil solution and can form complexes with multivalent cations.

Thus, influence the bioavailability and movement within the soil profile. DOM has been found to be more important in its role in the N cycle than the C cycle. It has been used successfully as an indicator of changes in soil management, and its role in leaching of N is becoming increasing recognized.

Two different approaches have been employed to extract the hot water extractable fraction. The first is to extract with boiling water for about one hour and the second is to extract at 800 C for about 16 hours.

Hot water extractable C account for about 1-5 % of soil organic carbon and it was largely composed of carbohydrates and N containing compound.

Thus, a substantial portion of the hot water extractable may originate directly from the microbial biomass, root exudates and lysates. The carbohydrate content of hot water extracts has been used as an index of soil quality, particularly in relation to soil aggregation.

This fraction of organic carbon oxidizable with 0.333 M KMnO4 for one hour is a useful index of labile soil carbon. This fraction encompasses all those organic components that can be readily oxidized by KMnO4 including labile humic material and polysaccharides.

Mineralizable carbon is measured by incubating a sample of field moist soil in sealed chamber containing an alkali trap. The CO2-C accumulated in the trap is measured by acid titration.

The incubation period commonly ranges from 10 to 30 days and the chamber is opened and the trap periodically replaced to allow gas exchange and thus maintenance of aerobic conditions. Potentially mineralizable C has been observed to be positively correlated with microbial biomass carbon, light fraction carbon and soluble carbon.

– Total SOM content can be considered as a coarse indicator of soil quality and changes in this content occur slowly.

– Labile organic matter pools are time indicators of soil quality that influence soil function in specific ways. They are typically much more sensitive to changes in soil management practices than total SOM content.

– Increase in particulate organic matter reflects greater organic matter input in the form of above or below ground plant litter. The microbial biomass mainly consists of bacteria and fungi and act as an agent for the transformation and cycling of organic matter and nutrients.

– POM is important in soil aggregation through the binding and gluing actions. It is also recognized as a useful, sensitive early indicator of changes in organic matter status induced by changes in soil management.

– Dissolved organic matter represents a key labile substrate for microbial activity and it consists of a wide range of organic components including simple organic acids, phenols, carbohydrates, amino sugars and complex humic molecules. It is important in the terrestrial carbon cycle and its leaching contributes to the nutrient and organic matter status and pH of ground and surface waters.

Several extractable organic matter fractions have also been proposed as important indicators of soil quality. The hot water extractable fraction has been used as a sensitive indicator of changes in organic matters induced by changes in soil management and as a carbon fraction closely involved in aggregation and aggregate stability.

Webcast: Pit Preparation For Fruit Plant – How to Prepare Pit Before Plantation 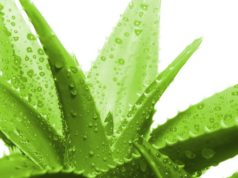 Baby Corn Recipes for Success – A profitable crop with multiple...