Very high farm operating and capital cost in recent years have made efficient farm management extremely important. To the farmers, efficient management of farms is to find ways for energy conservation in agriculture to maximize their net returns so that they can operate within existing economic constraints.

To obtain higher farm profits, returns should be increased or costs should be decreased. Now a days there is an increasing trends in commercialization and diversification towards high-value crops for energy conservation in agriculture. On the input side, there is substantial increase in the use of modern inputs and farm mechanization, including small and marginal farms.

These developments have significant implications for energy use in agriculture. Modern inputs and mechanization require more commercial energy. Demand for energy in non agricultural sectors is also increasing day by day. Rising trend in oil prices have directed people to look for alternative sources of energy and energy-efficient technologies.

Thus, there is increasing demand for higher productivity and higher energy input which ultimately increases the cost of energy. Therefore, reducing costs without changing any other production parameters is an attractive option to combat with the situation which can help for energy conservation in agriculture.

Energy use pattern in Indian agriculture

India with cultivable land area of 142 M ha and abundant natural resources has a conducive environment for agricultural production. The structure of energy-use in Indian agriculture has changed substantially, with a significant shift from the animal and human power towards machines, electricity and diesel.

This increase in energy consumption in Indian agriculture is due to rapid expansion of tube-well irrigation in the Indo-Gangetic Plains and increased consumption of phosphatic and potassium fertilizers.

This shift in energy consumption, coupled with increasing commercialization and diversification towards high-value crops, will require more commercial energy.

Therefore, there is an urgent need for energy conservation in agriculture by developing energy savings technologies for agricultural production.

Energy use pattern of major crops

Energy use patterns of different crops differ with material inputs such as seeds, fertilizers, manures, insecticides and mechanical energy along with human and bullock labor hours used and extent of farm power operations, irrigation used in the crop production process.

Considerable variations in the form and extent of energy use and its efficiency exist in the production of major crops. The national weighted average scenario of major crops covering 71.3 % of gross cropped area in the country indicates that among major food grain crops, wheat and paddy are high energy consumers in majority of the areas.

Rice produces lower dietary energy-output per unit of external energy-input as compared to wheat as rice uses more energy to generate the same calorie energy than of wheat. This implies that wheat is a more energy-efficient crop as compared to rice.

The pulse crops consume <50% of that for wheat and paddy. The oilseed crops also consume lower energy in the range of 6832-8051 MJ/ha. Cash crop like sugarcane and potato with high fertilizer and irrigation energy use are high- energy consumers.

To feed the over swollen population of India in future, more food grain production is needed with existing available energy and resources. Therefore, we need to find out the ways of conserving energy. Reducing tillage operations, efficient management of crop residues, irrigations, nutrients, pesticides and all other inputs will help to conserve energy in agriculture.

As tillage is an important energy consuming operation in agriculture, reducing its intensity and frequency will help in reduction of energy use a lot. Therefore different options of reduced tillage operations to save energy are discussed here.

The aim of tillage is to prepare the soil environment favourable to plant growth. It consists of all operations for seed sowing which improves soil, and environmental conditions for seed germination to crop growth. Minimum tillage, zero tillage or conservation tillage etc are the better options to conserve energy in agricultural production.

New techniques to reduce the cost of preparing land could be beneficial to growers. Thus reducing tillage operations is an important option of energy conservation in agriculture.

Generally, there are two types of tillage systems i.e. conventional, and conservation tillage system. Under conventional tillage practices, residues are incorporated into the soil by extensive tillage. It is of two types i.e. mechanized, and traditional systems.

Traditional tillage system is carried out by manual labour using native tools. In mechanized system, mechanical soil manipulation of an entire field is done by ploughing through one or more harrowing. According to the Conservation Tillage Information Centre (CTIC), conservation tillage eliminates conventional tillage operations that invert the soil, and burry crop residue.

No-tillage: It is also known as zero tillage. In this system, soil, and surface residues are disturbed at minimal rate. The surface residues play an important role in soil and water conservation. It reduces all pre-planting mechanical seed sowing preparation except to open a narrow (2-3 cm wide) strip or making small hole in the ground for seed sowing to ensure ample seed soil contact. 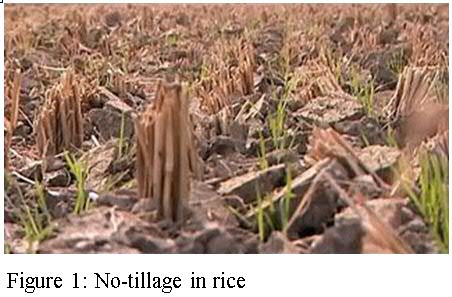 Mulch tillage: It is based on the principle of reasonable least soil disturbance, and leaving maximum of crop residue on the soil surface. This can provide faster germination, and growth as well as good yield.

Reduced or minimum tillage: In this system, minimum 30% surface is covered with crop residue. The number of tillage is reduced than conventional tillage system.

Indo Gangetic plains of India, Bangladesh and Pakistan having 1.9 m ha area under zero tillage.  There are several case studies to prove the importance of zero tillage or reduced tillage in conservation of energy in agriculture.

Behera and Sharma (2011) calculated that under recommended fertilizer application mustard crop required highest energy of 11,800 MJ followed by cow pea (around 85% of mustard) and green gram (around 50% of mustard). They found that total energy requirement of mustard-green gram cropping system under conventional tillage was 29,363 MJ, while it was 25,138 MJ for zero tillage, thus an energy saving of around 15-20% was recorded in different crops under zero tillage to conventional tillage.

Due to lower energy requirement in zero and reduced tillage, their energy output was higher in wheat crop. In zero and reduced tillage, the energy output was 5% and 3% higher than conventional, respectively. The energy use efficiency was highest in zero tillage (7.42) followed by reduced-tillage (7.12), rotavator tillage (7.04) and least in conventional tillage. Abrol et al. (2005) did an experiment with rice establishment methods viz. zero tillage direct seeded and puddled transplanted.

Yield increases have also been observed under zero or reduced tillage operations (Busari and Salako, 2013). Conservation tillage operations can be adopted even in exhaustive energy consuming crops like rice, wheat, sugarcane etc as these are extensively grown in India.

Continually escalating fuel prices compelling farmers to find ways to conserve fuel in order to reduce costs of crop production. So there is an opportunity for conservation tillage, including no-till direct drilling systems in various cropping systems for increasing input use efficiency. Reducing tillage system will directly help in reducing the cost of crop production.

However, for widespread adoption of conservation tillage still more research is needed.  Farmers’ participatory evaluation of this system is also required for direct benefit and improvement of livelihood of rural population.  Also policies should be there to encourage the adoption of this system.

Behera U. K. and Sharma A. R. (2011). Effect of conservation tillage on performance of greengram – mustard – cowpea cropping system. Journal of Soilless and water Conservation, 10: 233-236 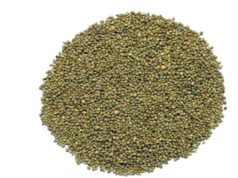 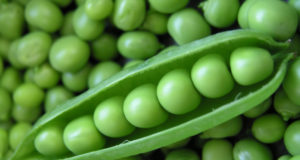